Friends Of OpenPGP (foopgp) aims to bring together people who use or develop solutions based on the OpenPGP standards. The objectives are to promote and facilitate the adoption of such technologies and to support their growth. To reach them, the association helps organize events, workshops and training. It may also host and promote the collaborative development of software projects related to OpenPGP.

Many of us were in associations that contributed to the success of the Linux kernel and free or open source software. These associations are often called LUG (Linux User Group).

From our smartphones to the routers and servers that run the Internet, including our cars and connected objects, Linux is today the core of most of the operating systems that surround our lives.

Linux now rules the world. The challenge that awaits us today is to make the world more fair and warmhearted.

For this we must be able to protect our privacy and avoid pyramid hierarchies as much as possible. This is exactly the vision and the goal of the men who invented OpenPGP .

PGP stands for Pretty Good Privacy, and today its most widely used implementation is GPG, which stands for Gnu Privacy Guard.

We then almost baptized ourselves PUG, which would have meant Privacy User Group(s). At the end that acronym was gone, but the watchdog of our privacy remained.

We want to be as transparent as possible in our communication to avoid fears and preconceptions, and in the source codes of our tools so that everyone can know what they are using and, if necessary, help us improve.

We attach particular importance to the egalitarian dimension and benevolence in our social relations in general, and more particularly in the context of relations between collaborators and partners, whatever their level of involvement.

We want to share our skills in the use of solutions by training individuals, volunteers and employees. We want everyone to be able to develop their skills and autonomy, and that no one is essential.

Friends Of OpenPGP is an international project, but we want our vision and our goals to be able to be shared and evolve everywhere and with everyone. This is why we invite all local initiatives linked to OpenPGP to join together warmly in this common space.

Greed is a tremendous engine… to waste energies or to run into the wall of injustice. Above all, we seek to create value. Above all, we don’t want to capture more than what we create.

Constantly, we must ensure that our convictions do not undermine scientific rigor. 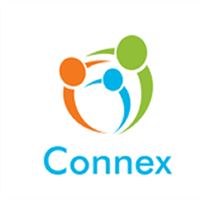